You are using an unsupported browser. Please update your browser to the latest version on or before July 31, 2020.

In this article we explain how online activation license returns work.

When the license is returned, the license entitlement is transferred back to the GEOSLOPE license fulfillment server and removed locally from the computer it was activated on.  The return is marked with a timestamp that records:

Once a return is initiated, it is put on a 30 day timer.  The return cannot be used again until the timer has expired.  GEOSLOPE provides 10 returns with each activation license.

The following scenarios illustrate the Return mechanism in action: 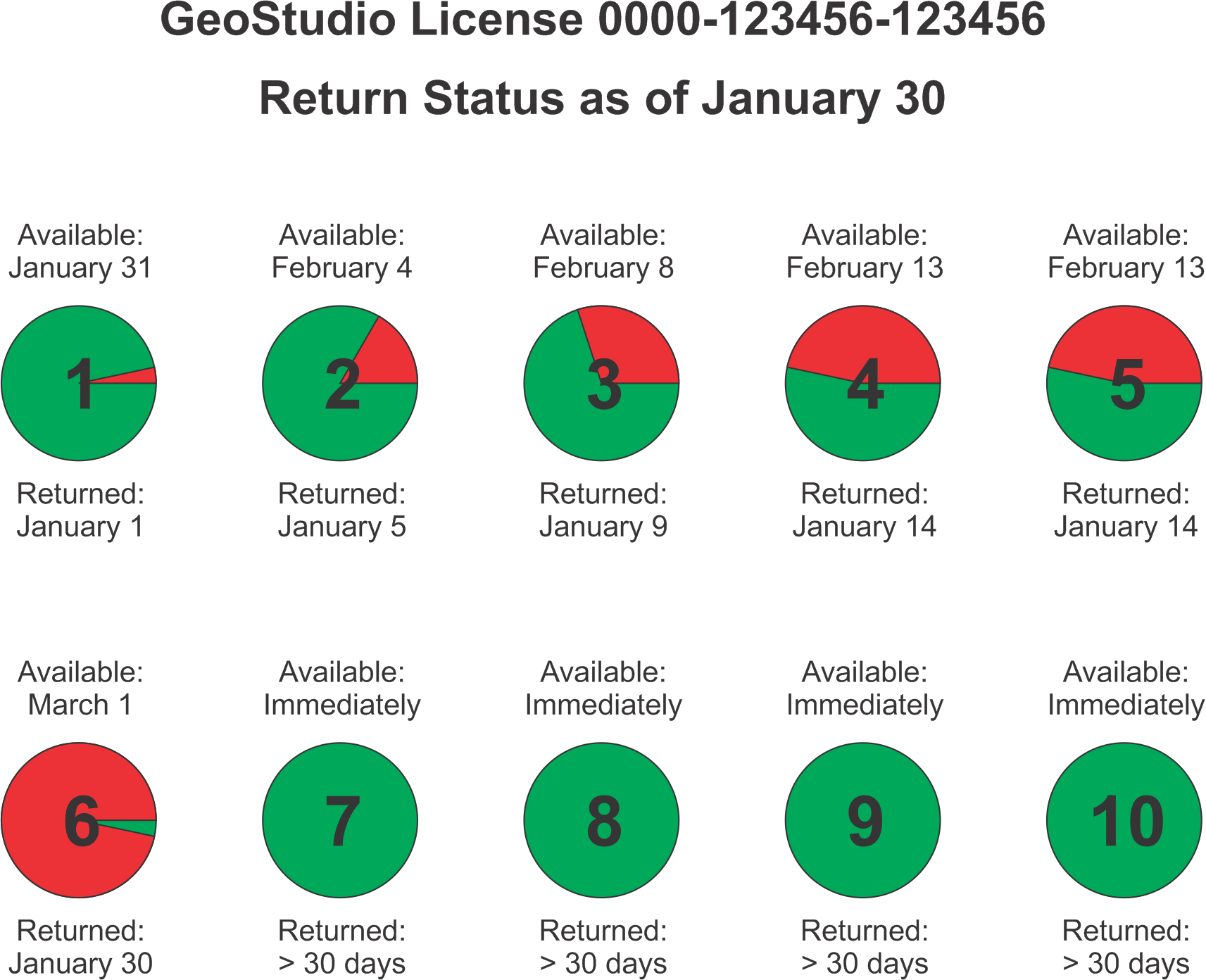 Feedback
4 out of 7 found this helpful